Firman and Oja Parlindungan found Ohio State to be a good choice, both for his doctoral degree and the birth of their daughter, Inaya. 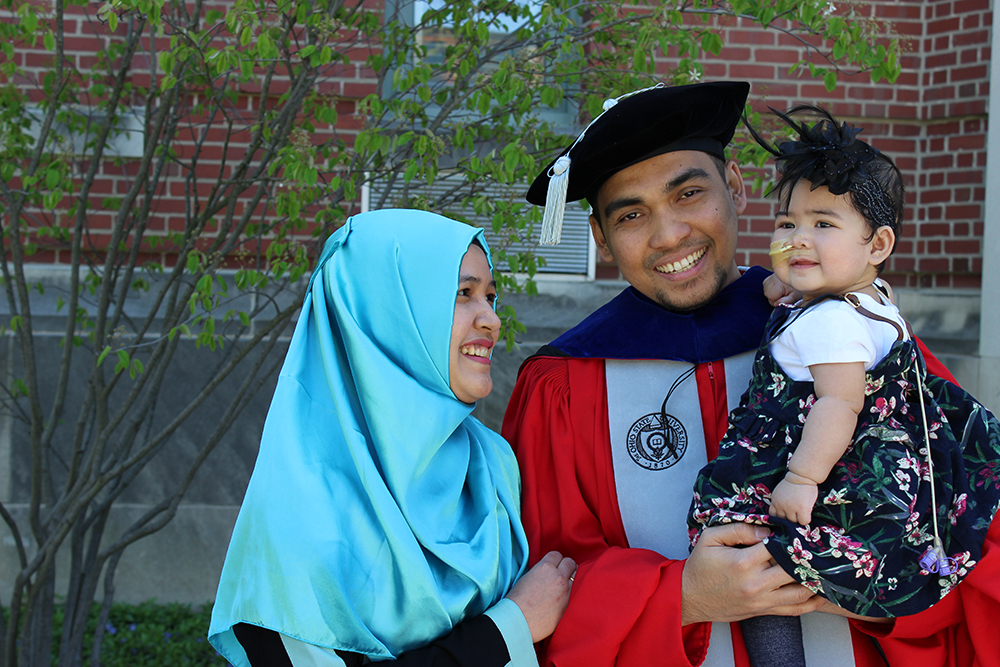 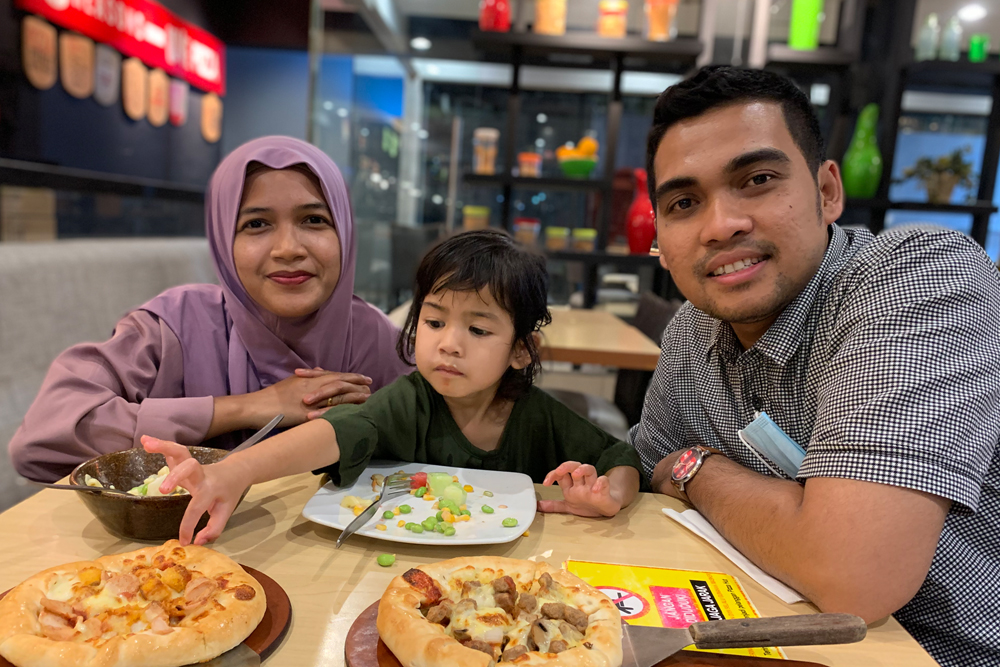 The couple’s child was born at The Ohio State University Wexner Medical Center in August 2018. The hole in her diaphragm, called congenital diaphragmatic hernia, has only a 50% survival rate. It threatened her life.

But the family and Ohio State worked together, and today, the Parlindungans are back in Indonesia. Not only is their daughter a thriving three-year-old, but both Firman Parlindungan and his country are enjoying the benefits of his PhD, completed in 2019.

Since his return to the Universitas Teuku Umar (UTU), Parlindungan was appointed head of the Curriculum and Language Development Center. He coordinates the design, implementation and evaluation of the curriculum across academic programs at the university.

“In particular, I need to make sure that the curriculum stays relevant with Indonesia’s recent educational reform, called ‘Kampus Merdeka’ (Independent Campus) policy,” he said.

The policy allows students to engage in real-world learning and problem solving with their faculty’s guidance. They do this through community internships, student exchange, research and independent study, all for credit.

As an example of offering students a real-world learning opportunity, this year, Parlindungan is leading a grant of 3.8 billion Indonesian Rupiah provided by the country’s Directorate General of Higher Education, Ministry of Education, Culture, Research and Technology.

The World Health Organization recommends that fewer than 20% of children in a country be stunted. The condition is defined by the organization as the impaired growth and development that children experience from poor nutrition, repeated infection and inadequate psychosocial stimulation.

Parlindungan said that thanks to his grant, 178 university students and 55 faculty members from various fields of study have been educating and advocating for people in targeted villages to prevent and reduce childhood stunting.

Ohio State supports professional growth, service to university and beyond

Parlindungan said his advisor and mentor, Adrian Rodgers, associate professor of reading and literacy in early and middle childhood education at the Newark Regional Campus, helped him earn his degree. “He has broad knowledge about and experience with Indonesia,” Parlindungan said, “so he understands well my future career and goals, including what it means to be an Indonesian.”

Parlindungan found that thanks to his advanced degree, he is now chief editor of the International Journal of Education, Language and Religion, and he has roles with other journals. He is also in charge of developing his university’s programs to improve mastery of international languages such as English and French for students and staff.

“I train my students both in curricular and extracurricular activities,” he said. “I also am involved in strengthening university partnerships as the coordinator of international collaboration at the Center of International Affairs.”

I think the degree has helped me to become a resourceful leader and partner for my team,” he said. “I can contribute more for the institution in many aspects.”

His doctoral degree also has given him the opportunity to join the Expert Team of the Ministry of Education, Culture, Research and Technology of Indonesia. “I am currently involved in discussing and drafting the national policy for teacher professional development programs and standards for the preparation of literacy teachers and professionals,” he said.