Wlla Emad Mahmoud Obeidat, ’20 PhD hospitality management, graduated at the top of her class when she earned her bachelor’s and master’s degrees in Jordan. 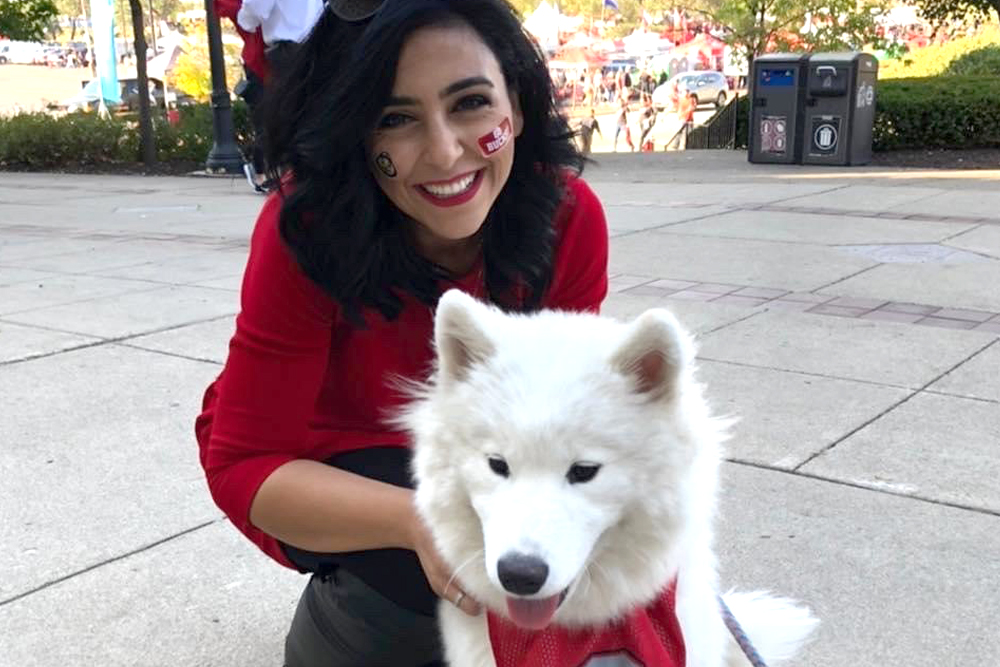 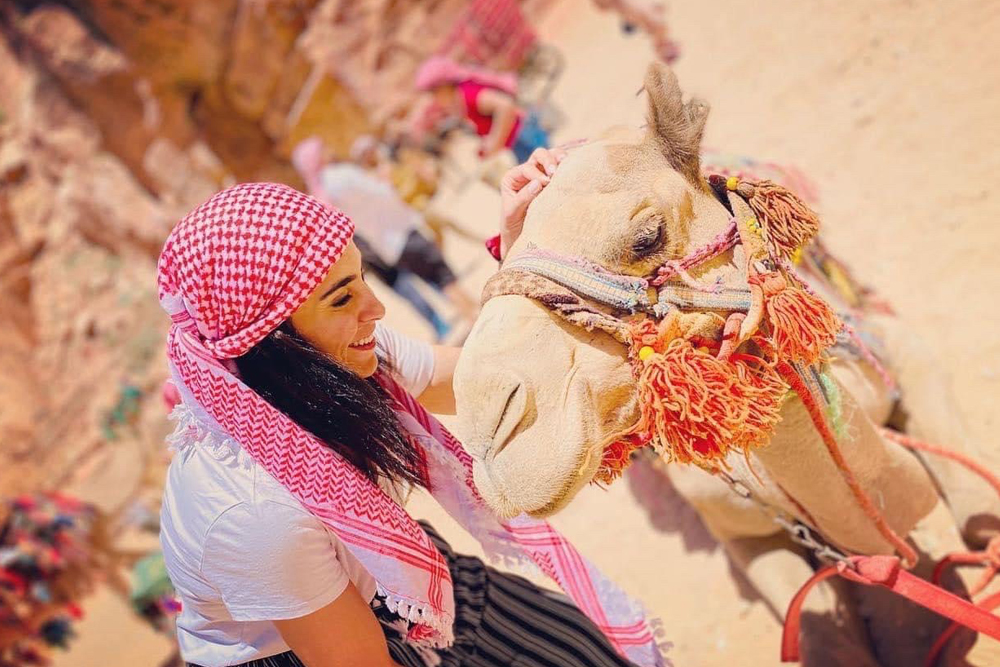 As is customary in her country, she received a government scholarship to earn a doctorate in either the United States or the United Kingdom. The goal is to empower graduates to give back to Jordan in the future.

Obeidat chose to attend Ohio State after she remembered meeting an engineering professor from the big Midwestern university. He told her Ohio State had a doctoral program in hospitality management.

“I looked it up and emailed Professor Jay Kandampully,” Obeidat said. “He responded to me in like a half an hour. He set up an interview with the other professors, then he helped me go through the (application) process so fast, I didn’t even think of other options.”

The whole Department of Human Sciences was so supportive, Obeidat said. She felt welcomed and safe. Faculty members checked in with her regularly, not just for academics, but to take her grocery shopping and to make sure she was making friends with fellow students.

“That is very important when you’re doing your PhD,” she said, “because it is a hard process.

You come out as a different person from when you went into that program.”

Obeidat found the resources at Ohio State to be, in her words, “phenomenal.”

“My advisor said, ‘We have a whole team that can help you with that.’” So she added a quantitative survey to her dissertation. “No one ever tried to push me in one direction. They always asked me what I wanted to do, and then they guided me in a way where I feel supported.”

Jordan is a country known for its Golden Triangle of archeological sites, which are recognized on the UNESCO World Heritage list. These sites attract visitors from around the world.

“Jordan’s queen (Rania) is very involved in women empowerment and women having higher education,” Obeidat said. “She has projects that are involved with women in sustainable tourism.”

With this in mind, Obeidat ensured that her dissertation research was the first to measure women’s feelings of empowerment in tourism. It is also the first to emphasize questions about sustainable tourism as a tool to enhance women’s socioeconomic status in a developing country.

An example of sustainable tourism in Jordan would be a stay at an eco-lodge that has minimal impact on the environment, and where locals create crafts to sustain themselves and the lodge.

Obeidat interviewed managers with the Jordan Tourism Board, as well as female workers in sustainable tourism projects managed by the board. She also surveyed 388 women working in tourism in both Jordan and the United States.

Both the interviews and survey showed that as women gained experience and economic self-sufficiency through work in tourism, their confidence and self-sufficiency increased. This influenced them to make more changes, such as starting projects or businesses.

One manager told Obeidat, “One of our previous employees started a project on her own where she started a kitchen for local foods, local crafts and a daycare program for the women working in the project.”

Overall, the managers told Obeidat that their most effective approach to helping communities was to empower women through community projects. Women’s projects were more effective in changing community behaviors.

Ohio State opens the door to a more stable future

Most recently, she was promoted to assistant dean for student affairs in the College of Social Sciences, an academic and administrative role. She continues to teach in the department and is enthusiastic about bringing what she learned from her study and research in Ohio to work each day.

As I meet with the parents of my students, I explain to them how I see the future for girls,” she said, “how we can (support them to) establish their lives, their careers, and still have them be a part of the community, with their traditions, their ideologies.”

Thanks to her research, Obeidat also shows her students and their parents that working in tourism isn’t limited to being a hotel employee or tourist guide. She shares the projects in Jordan where women are working, and how it’s changing their lives.

“Because if a woman is empowered, the children grow up differently,” she said. “As the women’s lives change, the whole community changes and is empowered. This gave me the idea of changing the lives of my students. I want them to be empowered, to have a future where they can give their opinions.”

In short, Obeidat wants women to be the change that improves their world.