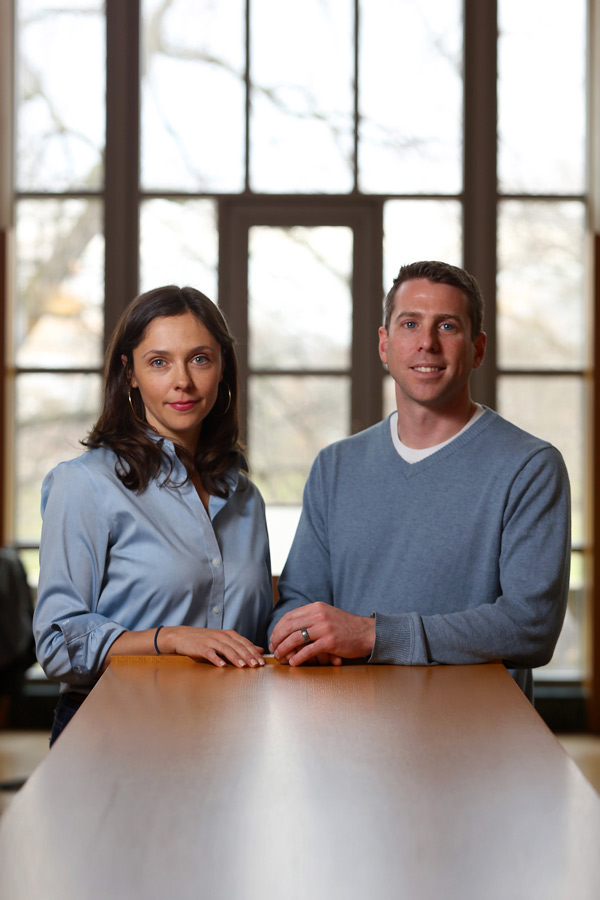 As the opioid epidemic continues to claim American lives at a startling rate, EHE researchers are in the vanguard of those pursuing viable solutions.

Research by Michael Betz, assistant professor of human development and family science, and Lauren Jones, assistant professor of consumer sciences, has found that even modest gains in employment and wage growth might save lives, particularly in low-paying industries. Their findings verify speculation that so-called “deaths of despair” are driven in part by economic factors.

Betz and Jones recently presented their findings at the American Economic Association’s annual meeting, attended by notable economists and Nobel laureates. Bloomberg News named their paper among the five “must-reads” of the 5,000+ submitted to the conference.

They found that in rural areas, a 5 percent increase in wage growth — for low-paying jobs such as food service and nursing-home care — could cut overdose death rates by 10 percent. Wages have remained stagnant despite steady declines in unemployment, which could be a reason opioid deaths have spiked.

The study also found that growth in bottom-tier jobs reduced opioid deaths and is a key driver in preventing urban overdoses.

“Although some employers say it’s difficult to find workers who can pass a drug test, we don’t yet have studies showing the opioid crisis is having significant impact on overall worker availability,” Betz said. “But with the epidemic growing, we can expect it to start having a significant effect on labor markets soon” — i.e., unless more jobs and higher wages come available, there may be too few low-skilled workers to hire.